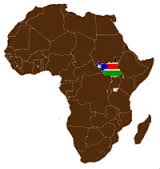 The South Sudanese civil societies in the Diaspora condemn, in the strongest terms possible, the continued targeted killings of civil population all over South Sudan and especially the recent brutal killings in Pajok, Eastern Equatoria, and Wau, Western Bahr el Ghazal.

With this statement, we would like to bring to the attention of the International Community, once again, the atrocities that are happening in South Sudan, to urge the people of good will, to act to save innocent civilians and the whole country.

South Sudan became an independent state in 2011 through peaceful means, the will of its own people, and with support from the international community. The United States has been called the midwife that birthed South Sudan and mainly praised for its efforts to bringing peace and prosperity to the country and the East African region. However, right after independence, the government, under the leadership of President Salva Kiir, a Dinka by tribe, has turned the country into a blood pool through tribal policies aiming at ridding South Sudan of its non-Dinka ethnicities, either annihilating or displacing them from their homes.

For the past few days there have been reports that government troops targeted civilians from non-Dinka groups in the outskirts of Wau town.  On the morning of Monday, April 10th, the world woke up to gruesome news about the door to door killing of civilians within Wau.  Currently, there are 18 (eighteen) bodies in Wau Teaching Hospital morgue, and many more scattered across Wau town.  For almost a year, Wau people abandoned their homes and are living either in church compounds and UN operated camps, or roaming in the forests with no food or shelter.

The world continues to be silent and watches Kiir brutally murder South Sudanese who do not belong to his tribe.  Anyone who carries targeted ethnic killings to eliminate a group is committing genocide and must be held accountable

Genocide is a process and does not happen overnight.  Since the independence of South Sudan Kiir and his army commanders have targeted civilians based on their ethnicities.  Soldiers and militias loyal to the government kill civilians, rape women and burn homes and villages.

The efforts of the international community are acknowledged. However, not categorizing the atrocities by the government as genocide does not allow for the necessary intervention to avert the situation.  The delay of deploying the UN troops and its concentration only in Juba makes citizens in the other states vulnerable.  The fact that an arms embargo is not imposed on the government allows it to continue acquiring weapons to further create havoc among civilians.

We appeal to those who blindly support the regime in Juba and blame the civilians for defending themselves to reconsider the stand.  We ask you to join in condemning this barbaric act on the innocent people of South Sudan.